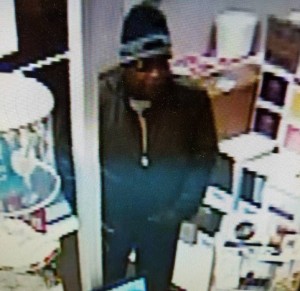 DANSVILLE – Police are seeking information on this man, the suspect in a theft from a Dansville store on March 24.

According to Facebook posts by the Dansville Police Departmemt, many community members have commented with the name of a local man who rides a bicycle around Dansville, but Police say that he is not a suspect.

“Comments on this thread will be deleted,” posted the Dansville Police Department. “Many have named a man who rides a bicycle and has a disability. It is NOT him… The man in the photo was involved in a larceny at the store.”