AVON — Another massive amount of heroin, packaged for the streets and being transported through the community, has been seized by an alert Road Patrol Deputy.

According to a press release from Livingston County Sheriff Thomas Dougherty, David Young, 59, of Prattsburgh, NY was arrested for allegedly being in possession of 90 bags of heroin and numerous hypodermic needles.

Sheriff Dougherty credited Road Patrol Deputy Shawn Whitford with the arrest after he  conducted a vehicle stop in the Town of Avon for an alleged traffic violation that he had observed . Young, who was the operator of the vehicle, was arrested and charged with Criminal Possession of a Controlled Substance in the Fourth Degree, a Class C Felony, and Criminal Possession of a Hypodermic Needle, a class A misdemeanor.  Young was also charged with other traffic violations that included being in possession of a false NYS inspection certificate.

Young was then arraigned before Judge Kyle MacKay in Caledonia Town Court.  Judge MacKay remanded Young to the custody of the Sheriff in lieu of $7,500 cash bail or $15,000 secured bond.  Young is being held in the Livingston County Jail and is scheduled to appear in Caledonia Town Court on November 17, 2014. 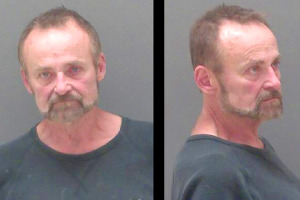