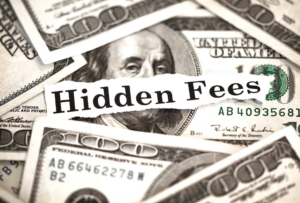 Billions of dollars in hidden state taxes are driving up the cost of health insurance for New York consumers and employers, according to  the Empire Center.  The taxes, collected under the state’s Health Care Reform Act, add approximately $440 per person to the annual cost of coverage, or $1,760 for a family four, according to estimates by Bill Hammond, the Empire Center’s director of health policy.

The insurance levies are mostly collected through insurance premiums, making them invisible to average taxpayers. Yet they account for most of the $6 billion in revenue collected under HCRA, making it the state’s third largest source of revenue after income and sales taxes.

HCRA is up for renewal this year, raising concern that lawmakers will hike insurance surcharges to help close a $6 billion budget gap. Governor Cuomo has said his Medicaid Redesign Team, which is tasked with finding $2.5 billion in savings, may consider “additional industry revenue” as one of its options.

The proceeds from HCRA’s insurance surcharges were originally earmarked for specific purposes, such as financing free care for the uninsured. Today, three-quarters of the money flows into the larger budget for Medicaid, the state’s $75 billion health plan for the low-income and disabled.

Smaller portions are used for various health-related programs, many of which are focused more on the welfare of providers than patients.

“In the name of reform … New Yorkers struggling to afford health coverage are paying billions in regressive taxes to finance programs that do little to improve health care – and, in some cases, enable dysfunction,” Hammond writes.