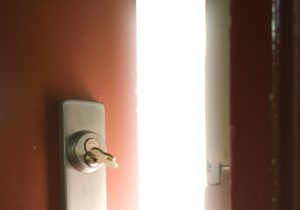 LIVINGSTON COUNTY – The Livingston County Ways and Means Committee approved an agreement between the County and Airbnb for the company to collect and pay ‘bed taxes’ from their rooms to Livingston County.

If the Livingston County Board of Supervisors gives the agreement final approval later this week, Airbnb would periodically pay the County the rental tax they had collected.

“Airbnb would not be the actual taxpayer,” said County Attorney David Morris. “They will pay to the extent that if they can, they’ll collect the occupancy tax.”

Airbnb would submit a report to the County laying out who the taxpayers are and how Airbnb calculated the tax amount.

As part of the agreement, the County agrees not to audit Airbnb or any of its ‘guests’ or ‘hosts’ relating to taxable booking transactions.

On Jan. 11, the Board of Supervisors passed a new law that expands the definition of the county hotel-motel to include websites and apps like Airbnb, which post rooms that will be for rent for a short time.

“Under the previous motel-hotel tax, if there were meals being provided, a portion was considered rent, a portion was considered meals and only the portion that was attributable rent was subject to the tax,” said Morris at . “We’ve changed the definition to read, in essence, ‘whatever is collected, no matter how it’s allocated, is subject to the tax.’”

The Board of Supervisors is set to vote on entering the agreement with Airbnb at their board meeting on Wednesday.