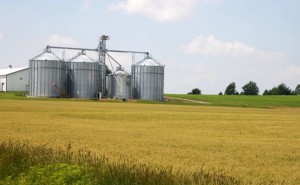 Farm Credit East report finds that a 40-hour overtime threshold will ultimately diminish the ability of many family farms to support themselves; impact would extend beyond industry to local community

Farm Credit East recently released a report forecasting a poor economic future for the agriculture sector if the state lowers the farmworker overtime threshold from 60 hours to 40 hours. The report concluded that a 40-hour overtime threshold will ultimately reduce the agriculture community in New York State, with the economic impact extending beyond the industry to local upstate New York communities. The comprehensive report found that both large and small farming operations would be directly impacted, and a majority of increases in labor costs would come directly from already slim farm earnings. The overtime threshold was determined by the 2019 Farm Laborers Fair Labor Practices Act and is in danger of being reduced further by a Wage Board set to convene later this year.

“The findings in the Farm Credit East report are the reality check New York State needs. Reducing the overtime threshold will impose unbearable financial pressures, forcing farms across New York to drastically change or cease operations. The report’s conclusions are what farmers and farmworkers have been signaling all along. Simply put, the agriculture community will not be able to endure the economic pressure of a reduced overtime threshold. New York State must look at the facts, listen to industry experts, and maintain the overtime threshold at 60 hours,” said David Zittel, President of Amos Zittel and Sons, Inc. in Eden, NY.

The report reviewed the economic impact that changes to the overtime threshold would have on the agricultural sector in New York. The potential increased labor costs combined with past and scheduled increases in the minimum wage would impact the financial viability of many farms by significantly increasing costs, reducing net farm income and cash flow, and placing farm families in financial peril. The following are key findings from the report:

These findings do not take into consideration secondary increased costs stemming from rising labor costs, such as payroll taxes and workers’ compensation insurance. Those additional expenditures are not projected in this analysis but would place additional financial requirements on farms.

Farm Credit East is the leading financial institution for the agriculture sector and is a part of the nationwide Farm Credit System. The organization is dedicated to serving the agricultural credit and financial needs of those in the business by providing credit and affiliated services. Since 1916 the Farm Credit System has supplied the nation’s agricultural industry with nearly one-third of its credit needs and is viewed as a leader in agriculture fiscal policy and reporting.