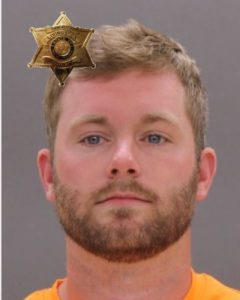 Sheriff Thomas J. Dougherty reports the arrest of a Monroe County resident on a felony charge following an investigation by the Sheriff’s Office.

On August 3rd, 2021 at approximately 8:50 am, Sheriff’s Deputies responded to a business on Lakeville Road in  the town of Avon for the report of a larceny. The owner of the business reported that a former employee was  believed to have stolen a large sum of money while employed between April and June of 2021.

It is alleged through the investigation that Samuel F. Cotton, age 28 from Irondequoit NY, stole over $38,000  from the business.

Cotton was turned over to Central Booking Deputies at the Livingston County Jail for processing and issued an  appearance ticket for the charge as the offense did not qualify for pre-arraignment detention or for bail to be set  under the NYS Justice Reform Act.

Deputies did provide Cotton a future court date in Avon Town Court and then set him free.