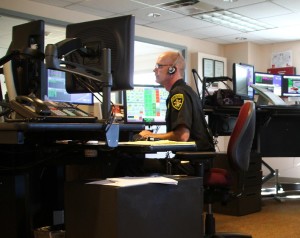 LIVINGSTON COUNTY – Upgrades from a $4 million contract with Motorola went into effect Thursday morning as the Livingston County Sheriff’s Office 911 Center transitioned to a digital signal.

According to a press release from the Livingston County Board of Supervisors, the traditional signal listened to by many residents on scanners went quiet at 6 a.m. Thursday. All fire, police and EMS communications will now travel via digitally trunked VHF High Band. The signals are still available to the public on systems that are digital phase 2 capable, or via the internet and scanner apps.

“We’ve always done our best to use the best tools and equipment available for public safety, and this grant means we get to jump even further into the modern tech era,” said Sheriff’s Office Emergency Communications Director Bill Mann in 2015. “The new system is digitally trunked VHF High Band simulcasting, which means that all law enforcement, EMS and fire companies can talk to us and each other across the entire county on way more channels. The way we [had it before], if a police officer in the southernmost part of Ossian needs help with something, a unit in Lima might never hear the message. We also only have four separate channels for groups of emergency workers who are working the same scene.”

Motorola Solutions was awarded the contract to transition Livingston County to a state-of-the-art, Astro 25 Phase II TDMA VHF Trunked Radio System in 2015. Over the course of the last two years, the project management team has assisted in the design, construction, and procurement of a system that will place all public safety entities on one radio system, with the ability to communicate across all public safety disciplines.

“These upgrades will transition all first responders within the county onto one radio solution that will vastly improve abilities to respond to emergencies, and communicate effectively, both within the county and regionally,” said Sheriff Dougherty. “I am proud of the project management team the county has assembled to undertake this critical task. The relationships we enjoy with our federal, state, county, town and public safety agency partners are essential for our continued success. It is because of these relationships that we continue to see positive progress for our community.”

The ability to fund a project of this magnitude comes from the awards that were distributed through a State-funded competitive grant program supporting regional communications partnerships throughout New York State. Over the past three years Livingston County has received approximately $10 million from the New York State Division of Homeland Security and Emergency Services to complete the needed upgrades. Over $2.3 million was dedicated to radios and subscriber equipment for first responders operating in Livingston County.

“This is exciting news, years in the making,” said County Administrator Ian Coyle, who identified the project as one of the County’s 16 main goals in his 2016 State of the County address. “Interoperability and clear communication channels are must-haves for public safety in 2017. Funding was crucial to the success of this program as our county would not have been able to undertake this effort without significant state grant support. Kudos to our Project Management Team as they collaborated on the herculean task of managing this system change. Finally, a special thanks to the local fire, ambulance, police and highway professionals who use this system daily to communicate regarding public safety responses. We are extremely fortunate to have such dedicated public servants in our community.”

Although this transition is a milestone for the county, the county will continue to move forward in keeping up with the technology available. Undersheriff Matthew Bean said that fully transitioning to Next Generation 911 across the state is expected to exceed $2.2 billion over the coming years.

“This is a proud day, and we are committed to continued progress,” said Undersheriff Matthew Bean. “The Sheriff’s Office is also in the beginning stages of upgrading its computer systems and Computer Aided Dispatching, while moving towards NG911 capabilities. Unfortunately, not all the fees charged on home or cell phone bills comes back to the local PSAP, and not all cell phone users are charged this fee. Our citizens deserve a dedicated revenue stream from our state government to fully fund and maintain these critical systems.”

Eric Gott, Chairman of the Livingston County Board of Supervisors, said that Thursday’s transition represents the cooperative success of several communities.

“Our 911 system upgrade is a classic example of Livingston County government, in conjunction with local volunteers and others in the public safety community, coming together in a cooperative effort to both improve services and save taxpayer dollars,” said Gott. “Emergency response technology is not a nicety, it’s a necessity, and I am pleased to report that these system updates will position our first responders with the technology and information infrastructure backbone they need to support crucial boots-on-the-ground services and programs.” 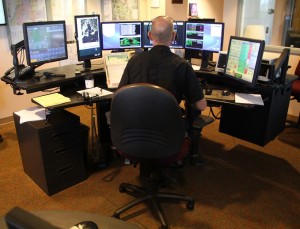