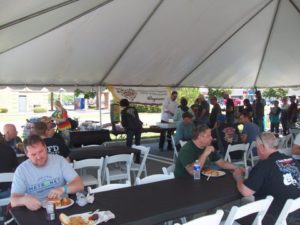 GENESEO – Over seven dozen motorcycles rode from Wegmans on Saturday to raise funds for the United Way of Livingston County.

We had approximately 85 bikes and raised around $1,800 for the United Way.

“People were texting me asking what was going on, at the wedding I went to later that day…” said Karen Rumfola, United Way Director for Livingston County. “Everyone was asking about it. It was all over Facebook. Inside the store was buzzing all day about it.”

Rumfola gave special thanks to a few key team players.

“Special thanks to: Tim for relieving me in the afternoon and for the photos. Kevin Van Allen for his participation in the morning…. as well as the gift cards, Maureen Wheeler for securing donations from local businesses, Julie & Eric for use of the portable PA system And last but not least, Kircher Construction for their donation of a generator to run the PA system,” said Rumfola.

Plans are to expand the event next year.

“Just a super event,” said Rumfola. “Wegmans is looking to expand it even more next year.” 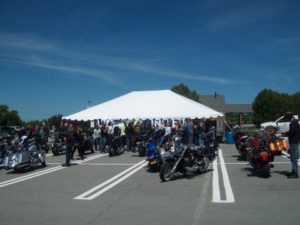 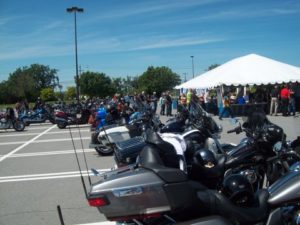