LIVONIA — An allegedly illegal check deposit resulted in a felony charge for a Conesus man.

According to a press release from Livingston County Sheriff Thomas Dougherty, Daniel Wood, 50, was arrested for felony Grand Larceny in the Third Degree.

Wood was turned over to Central Booking Deputies at the Livingston County Jail for processing and pre-arraignment detention.

Wood was later arraigned in the Town of Geneseo Court before Judge Robert Presutti. The Judge did remand to the custody of the Sheriff on $2,000 cash bail or $4,000 bond. 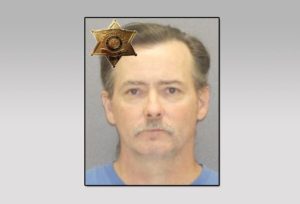