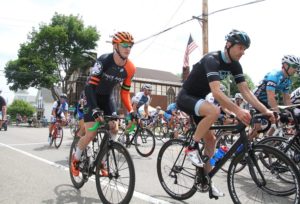 MOUNT MORRIS – American Rock Salt is proud to announce that for the 4th year it will be the title sponsor of the The Rock Criterium and Gran Fondo hosted by the Livingston Cycling Club on July 22 and 23.

According to a press release from Joe Bucci Jr. of American Rock Salt, nearly 300 athletes from all over the East Coast and Canada will once again flock to Mount Morris for a family-friendly weekend of racing, riding and running.

“The crit races are electrifying to watch,” said Bucci. “It has been especially fun to cheer on the local riders. The speed of the bikes and determination of the riders is amazing! The running race is also a lot of fun. It was especially great to see the number of kids that participated in the run last year. My son, daughter and their friends really enjoyed it and are looking forward to it again this summer!”

On the first day of ‘The Rock,’ hundreds of racers gather in the historic Village of Mount Morris to race around a residential neighborhood for prizes, cash, glory, free socks, and the ever-coveted Rock Trophy, a handmade trophy made of real American Rock Salt dug from the heart of Livingston County.

In addition to 15 bike-race fields that host kids and adults of all ages and abilities, The Rock also offers a running race where athletes run two laps of the 1-mile course for cash and prizes of their own as well as their own Rock Trophy.

On Day two, The Rock Gran Fondo, riders clip in for one of the toughest rides in the country. The race offers three distance options to accommodate riders of all abilities. The grand daddy option is more than 100 miles and takes riders up some of the longest, steepest hills in the Finger Lakes Region.

“As a participant, the Fondo has been both challenging and gratifying, especially when I cross the finish line!” said Bucci. “I think all who participate in this event would agree with me on that point. It is a real feeling of accomplishment when you complete the ride, and that goes for all the distances.”

All distance options (100 miles, 66 miles, 25 miles) are fully supported with rest stops that are stocked from local whole foods companies including Once Again Nut Butter, Monks Bread, and Monks Bars. All options also have professional mechanical support on course that includes spare wheels and spare bikes and a post ride meal from Mount Morris’ own Questa Lasagna.

The weekend is organized and hosted by The Livingston Cycling Club (LCC), a community-based cycling organization that drives the expansion of cycling in and around Livingston County.

“Cycling is something that I personally really enjoy for a number of reasons, especially as I get older,” said Bucci. “Cycling helps to clear my head, and is a great way to deal with stress. I also like the social aspect. It is for all of these reasons that I think it is important to not only sponsor the Rock, but to continue to support cycling as a sport and recreational activity.”

In addition to The Rock, the LCC hosts two weekly rides throughout the summer and sponsors a team of 50 local amateur racers, including one of the most successful youth team in NYS that currently feature three NY State Champions and one student who will race on a full college scholarship beginning in the fall of 2017.

“American Rock salt would like to thank Anthony Sylor, Event Director and President of the LCC, for all his hard work and dedication to the Rock,” Bucci said. “Without him, the event would not be the success that it is. Under his leadership, I can see the Rock continuing to grow in popularity well into the future.” 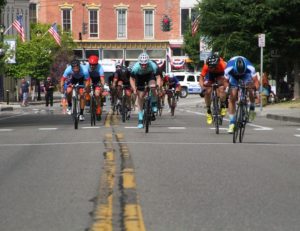 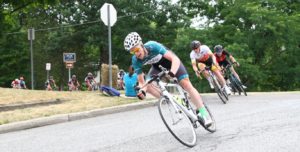