AVON – A Perry resident is facing several criminal charges after allegedly overdosing while driving on 390.

According to a press release from Livingston County Sheriff Thomas Dougherty, Joseph Corcimiglia Jr., 56, was arrested for misdemeanor Driving While Ability Impaired by Drugs, misdemeanor Criminal Possession of a Controlled Substance in the Seventh Degree, and misdemeanor Aggravated Unlicensed Operation of a Motor Vehicle in the Third Degree.

On Oct. 7, 2017 Deputies were dispatched to the area of Exit 9 on 390 after an off-duty law enforcement officer reported that an operator was driving erratically, including driving into the grassy area off of the roadway.

Deputy Michael Wade was assigned to the Operation Safe Interstate Detail on 390 with his K9 partner Hondo and located the vehicle in question parked at the gas pumps of a convenience store at Exit 9. The Deputy Sheriff approached the vehicle and found the operator to be unresponsive and still behind the steering wheel. The Deputy Sheriff proceeded to put the vehicle in park and based on his observations of the driver, he administered Narcan and requested EMS to respond to the scene.

After the usage of Narcan, the driver started to come around. The driver was identified as Corcimiglia and he was transported by EMS to Strong Memorial Hospital for treatment.

During the course of the incident, Deputy Wade located three unused bags of what is believed to be heroin and one empty bag, as well as a device that is commonly used to inhale drugs.

Corcimiglia was later released from the hospital and turned himself in to Deputies.

Corcimiglia was turned over to Central Booking Deputies at the Livingston County Jail for processing and pre-arraignment detention.

Mount Morris Town Justice Robert Ossant arraigned Corcimiglia and released him on his own recognizance, with no bail required. 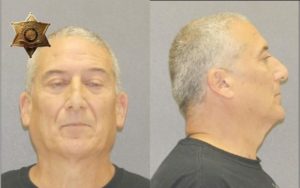