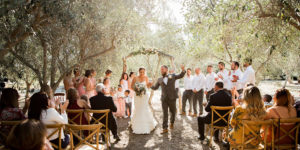 The millennial generation is now America’s largest, numbering 72.1 million, and at ages 26 to 41, fully in the primes of their lives. As the millennials hit more major milestones of adulthood, it is becoming evident how the generation is fundamentally reshaping many aspects of life and society in the U.S.

Family life has been one significant area where millennials’ tendencies have diverged from those of earlier generations. Only 44% of millennials are married, and millennials have continued a long-running trend of delaying marriage, with the median age of first marriage currently sitting at 30.4 for men and 28.6 for women. But millennials also increasingly have different romantic and family arrangements, being more likely than previous generations to live with a partner or have children outside of marriage.

One reason for these shifts is an increasing prioritization of higher education. As educational attainment has grown in social and economic importance over time, young people are increasingly waiting until they have completed degrees to get married. And the most educated millennials are also the most likely to be married: 51.5% of millennials with a bachelor’s degree or higher and 46.9% with an associate’s degree are married, while those who haven’t completed a college degree are married less than 40% of the time.

Millennial marriage trends also break down along racial lines. Asian and White millennials marry at the highest rates compared to all other racial and ethnic groups at 54.1% and 48.2%, respectively. On the other end of this spectrum, the marriage rate for Black millennials (24.7%) and American Indian or Alaska Native millennials (32.4%) are lowest among their peers.

With a host of social and economic factors correlating to millennials’ marital status, marriage rates for the generation also vary by geography. Many of the states where young people are least likely to be married are expensive Northeastern states like New York or Massachusetts, or states with higher-than-average populations of racial and ethnic minorities, like Florida, Louisiana, and New Mexico.

The analysis found that 38.5% of millennials in New York State are married, compared to 43.9% nationally. Out of all U.S. states, New York has the 2nd lowest millennial marriage rate. Here is a summary of the data for New York State:

For reference, here are the statistics for the entire United States:

For more information, a detailed methodology, and complete results, you can find the original report on Self Financial’s website: https://www.self.inc/blog/best-cities-millennials-married