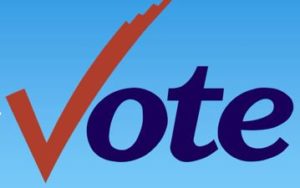 George Borrello gave his acceptance speech last night after winning the Republican primary for the 57th District Senate seat.  To see how many people voted and the results of other races, head to GeneseeSun.com.

Chautauqua County Executive George Borrello today won the Republican Party Primary for the State Senate’s 57th District. Borrello, who is also the endorsed Republican, Conservative and Independence Party candidate, will be on the ballot in November’s general election to succeed the recently retired Senator Cathy Young. Borrello thanked his supporters, and all Republican voters, for their turnout in the primary and pledges to work on everyone’s behalf to fight for the tax relief and smart economic policies our region deserve.

“I’d like to thank all my supporters for turning out and voting for me in the primary for State Senate,” Borrello said. “Because of you, I will be on the ballot in November and I’m so grateful for all your efforts on my behalf.”

“I’d also like to take a moment to acknowledge everyone who voted in this primary, even if it wasn’t for me.  Your showing up to take part in this election is a sign of just how strong and passionate the Republican Party is right now,” he added. “It’s time now to unite the Republican
Party in the region and join together with everyone in the 57th Senate District who recognizes that we must stand up for our shared values and beliefs to pushback against the radical agenda in    any. “