AVON – A 3-car collision was traced to a pedestrian legally crossing East Main Street on Monday.

According to Acting Avon Police Chief Joe Geer at the scene, a utility van was westbound on East Main when it stopped for a pedestrian at the intersection with Lacy Street. A pickup then came to a stop behind the van, but a car hit the pickup, pushing it into the van at about 11:30 a.m.

No one was injured or transported to a hospital.

Both the pickup and the car had to be towed from the scene.

The van sustained only minor damage.

The Avon Police Department is investigating. Geer says that the driver of the car will be ticketed under the vehicle and traffic law.

Firefighters with the Avon Fire Department responded to the scene alongside the Avon Police Department. 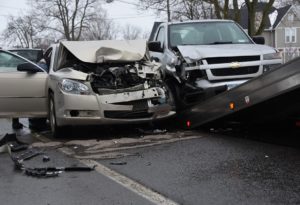 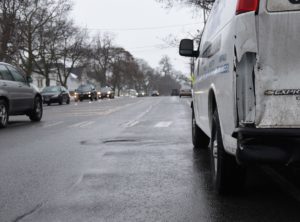 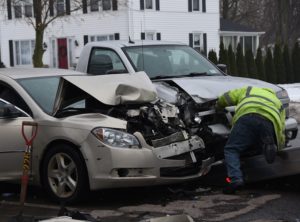