According to a press release from Sheriff Thomas Dougherty, Julie Bonham, 35, Samantha Smith, 32, and a 17 year old male were all arrested for misdemeanor Criminal Possession of a Controlled Substance in the Seventh Degree. The Sheriff’s Office withheld the name of the teen because he will likely be treated as a youthful offender in court and have his record sealed.

On March 18, Deputy Shawn Whitford was assigned to the Sheriff’s Office Operation Safe Interstate initiative on 390 when he stopped a vehicle for a violation of the NYS Vehicle and Traffic Law.

During the course of the traffic stop the Deputy Sheriff alleged that the driver, Bonham, Smith, and the teen were in possession of cocaine.

Further investigation alleged that Smith was also in possession of 14 vials of heroin and additional cocaine.

Smith was charged with two counts of Criminal Possession of a Controlled Substance in the Seventh Degree.

All three defendants were turned over to Central Booking Deputies at the Livingston County Jail for processing and pre-arraignment detention.

Avon Town Justice Michael Torregiano arraigned Bonham and Smith to the Livingston County Jail on $250 cash bail or $500 bond and released the 17 year old on his own recognizance, with no bail required. 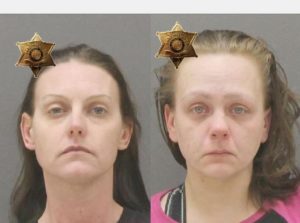