AVON – After years moving through two other jails, the suspect in a 2016 burglary on Bronson Hill Road is now in custody in Livingston County.

According to a press release from Livingston County Sheriff Thomas Dougherty, Jason Wolf, 29, was is now charged for felony Burglary in the Second Degree, misdemeanor Petit Larceny and misdemeanor Criminal Mischief in the Fourth Degree allegedly committed in the summer of 2016.

The burglary report and investigation began on July 15, 2016. Deputies then identified one of the suspects as Jason Wolf, but investigators found that Wolf had fled the state and was in jail in Cobb County, Georgia on unrelated charges.

Investigators obtained an arrest warrant, but Wolf’s release from Cobb County meant that he went next to the Allegany County Jail in New York for another unrelated case.

On Jan. 26, 2018, Wolf was released from Allegany County and taken into custody by Livingston County Deputies. Wolf was turned over to Central Booking Deputies at the Livingston County Jail for processing and pre-arraignment detention.

Avon Town Justice Michael Torregiano ordered that Wolf be held at the Livingston County Jail on $5,000 cash or $10,000 bond. Wolf is due in court at a later date to answer the charges. 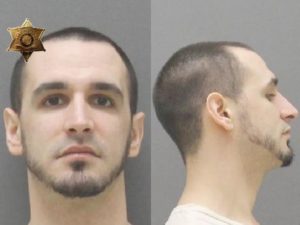