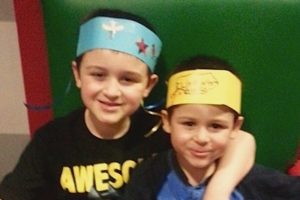 NYLON – A Wyoming County Grand Jury indicted two Rochester area men for the deaths of two boys who went over the falls at Letchworth State Park in June.

According to our news partner News10NBC, Tyler Jennings, 34, and Chad Staley, 32, are now charged with several crimes including two counts each of felony Manslaughter in the Second Degree, two counts of felony Criminally Negligent Homicide and 10 counts of misdemeanor Endangering the Welfare of a Child.

“While this case is truly tragic and our hearts go out to the family of the Giangregorio family, it is important to note that their deaths were 100 percent preventable,” said Wyoming County District Attorney Donald O’Geen. “After reviewing the thorough investigation completed by members of the NYS Park Police, and personally surveying the area above the lower falls, I felt that a review by the members of the Wyoming County Grand Jury was warranted and the indictment in this case was the result of their decision.”

On June 11, five children and two adults were in the restricted area at Letchworth State Park when they went over the falls. Dylan Giangregorio, 9, and Preston Giangregorio, 6, did not survive.

The children fell 70 feet and were swept away by the river. It took search crews two days to recover the boys. The other children and two adults suffered non-life threatening injuries.

Prosecutors say Jennings and Staley brought the children to see the falls up close and allowed them to enter the water. While in the water, the children lost their footing and went over. Investigators say Staley was stuck at the brink of the falls for two hours until he was rescued by a rope crew.

Both men were arraigned and released on their own recognizance, with no bail required. They will return to Wyoming County Court to face the charges at a later date.

O’Geen added that signage in parks is meant to prevent tragic incidents such as this.

“It is also important to note that the signage in any park mean something,” said O’Geen. “They are they to give notice, warning and assistance so that your stay can be enjoyable and safe. In the area where this occurred the signage is clear and unmistakable. However, regardless of signs or no signs any area directly above or within close proximity to a major waterfall is inherently dangerous and common sense would dictate not allowing children to play in that vicinity.” 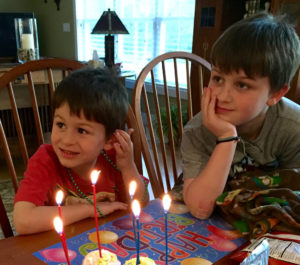