According to Livingston County Sheriff Thomas Dougherty, a party boat with 13 people on board was southbound on the lake and a smaller boat was northbound when they collided mid-lake near the Livonia-Geneseo town line at about 10:50 p.m.

One person suffered a minor foot injury and declined transportation to a hospital.

The Sheriff’s Office is still investigating the cause of the accident. 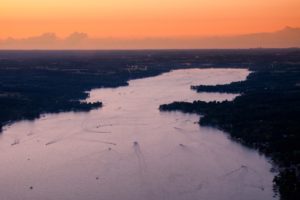