A previous version of this story said that the 7-Eleven was located in Mount Morris. It is located in Leiester.

LEICESTER – The Livingston County Sheriff’s Office arrested a Mount Morris resident for allegedly fudging the books at Leicester’s 7-Eleven to the tune of $17,000.

According to a press release from Sheriff Thomas Dougherty, Timothy Diliberto, 29, was arrested for felony Grand Larceny in the Third Degree and felony Falsifying Business Records in the First Degree.

It is alleged that over the course of several months, Diliberto stole cash totaling more than $17,000 from ‘a local business where he was employed.’

The Sheriff’s Office did not identify the business alleged to have been defrauded. However, Diliberto’s Facebook profile says that he is store manager at 7-Eleven. On Oct. 21, 2016, he shared a GeneseeSun.com story about an accident at Leicester’s 7-Eleven. A commenter posted, “Why does [expletive] always happen at your store LOL”

Diliberto was arrested on May 25 and turned over to Central Booking Deputies at the Livingston County Jail for processing and pre-arraignment detention. The Livingston County District Attorney’s Office provided a bail recommendation of $5,000 cash bail or $10,000 bond.

Geneseo Village Justice Thomas Bushnell arraigned Diliberto on May 26 and ordered him held at the Livingston County Jail on $5,000 cash or $10,000 bond. 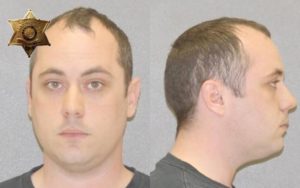